16th of April Demonstration in Pictures.

Hi everyone, hope the week end treated you well, on my end I have decided to participate to the demonstration against austerity that took place in London.  I’m not here to discuss politics and I’m pretty sure that internet has already enough coverage and opinions about the matter.

As far as I’m concerned I’ve decided to join the demonstration as a mere observer, curiosity won against my total disbelieve in politics and politicians, but I was positively surprised by a few things:

All in all it was a really enjoyable experience, and talking about pictures, I was surrounded by far more experienced photographers so I have tried  to concentrate my effort on capturing side moments  just for my personal enjoyment. 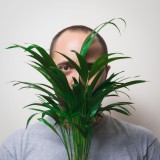 Theme by Anders Norén — Up ↑